Regulatory Compliance in the Telecom Industry 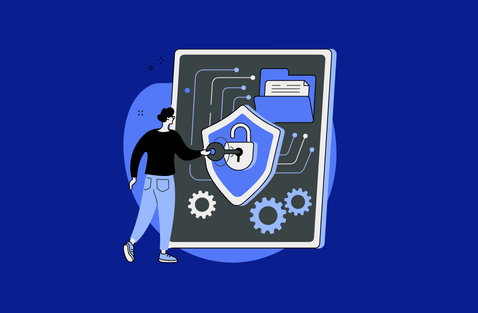 The increasing use of cell phones has automatically led to unimaginable height of sharing of personal information online. Most routine actions, from providing information over the phone to opening a bank account to placing food orders, may now be accomplished from the convenience of your own home. While the telecom sector has enabled remote procedures, it has also hastened the spread of identity fraud and financial schemes.

A simple mobile network vulnerability can expose smartphone users and telecom providers to a wide range of assaults, including identity fraud, financial fraud, account takeover, and more. According to the Communications Fraud Control Association (CFCA) report, around 2.22% of worldwide telecom profits might be lost to fraud by the end of 2022.

To reduce these figures in the coming years, the telecom industry’s installation of KYC (Know Your Customer) policies is more important than ever. But first, let’s look at the many sorts of telecom fraud and their lifetime.

What are the Top Telecom Frauds?

Telecom fraud (or telecommunication fraud) is the illicit acquisition of sensitive information (such as identification card numbers or bank account data) from either a service provider or its consumers through the use of telecommunications services. Phishing, smishing, SIM exchange fraud, and International Revenue Sharing Fraud are all examples of widespread telecom fraud.

Telecom fraud has skyrocketed in the previous five years. In 2017, the total amount of money lost due to scam calls was USD 9.5 billion. By 2020, this figure had risen to USD 19.7 billion. The fight against fraudsters in this industry appears to be never-ending, and risk awareness and investment in automated digital identity verification systems will be as important as ever in the future years.

As unbelievable as the statements may sound, they pose a significant danger to the telecom sector as a whole. The term “vishing” is a combination of the terms “voice” and “phishing.” In a metaphorical sense, a scammer “fishes” for the victim and uses their “voice” to entice them into disclosing critical information. A phishing assault is often carried out by calling the target and impersonating an authority figure, such as a bank representative. To establish their identification, the victim is then required to supply their legitimate ID, name, address, and other private information. After stealing this information, the thief might sell it on the dark web or use it to perpetrate additional financial scams.

On the other hand, smishing attacks use SMS text messages. A smishing text message, for example, baits a victim into revealing personal information via a link or impersonating genuine parties. In 2020, the FBI’s Internet Crime Complaint Center reported over 240,000 victims of phishing, smishing, and vishing attacks, causing losses worth USD 54 million.

In the next part, we will examine a step-by-step example of how a single data breach in the telecom industry might have devastating effects.

As the exposure to more data becomes normalised, mega-scale hacks such as the one at T-Mobile become more common. The data breach targeted T-Mobile’s system vulnerabilities and caused the exposure of sensitive information such as social security numbers, driving licences, phone numbers, addresses, and account PINs. Consequently, approximately 50 million affected users of T-Mobile have been exposed to a greater threat – SIM Swap Fraud.

Once a fraudster has access to another person’s password, they may easily request that the SIM card associated with the phone number be swapped to a new SIM card and device. As a result, they may get control of the victim’s phone in minutes. This is referred to as SIM switch fraud. SIM hijacking also allows the thief to acquire access to any two-factor authentication code received via text messages, allowing them to take control of your internet accounts.

Unless the telecom operator adopts adequate KYC procedures to authenticate each customer’s identification before delivering services, it might result in irreversible data loss and possibly identity theft.

What’s more, by 2020, SIM swap offenders in the United States will have stolen more than USD 100 million. SIM swap fraud reports have quadrupled in the UK in 2019 compared to 2018, according to Action Fraud, the UK’s reporting centre for fraud and cybercrime.

This leads us to the final, and maybe most catastrophic, stage. Without effective ID verification processes, criminals can exploit stolen information to perpetrate identity fraud. An identity thief might destroy the victim’s credit history, disqualify them from getting loans and state assistance, deplete their bank accounts, postpone their tax refund, or even wrongly arrest them. However, with KYC compliance, telecom firms can readily discover identity fraudsters. With KYC verification in place, each customer’s identity is validated during the initial step of account opening. Furthermore, biometric facial authentication may be used for KYC verification, making identity thieves unable to impersonate the victim.

Identity Verification is the Way Forward

KYC verification plays an extremely important function in the telecommunications business. It enables a corporation to prevent fraud by verifying and authenticating ID papers provided by consumers. An effective ID verification system assists a telecom company in ensuring that the client is who they claim they are and not an impostor in possession of stolen data. Furthermore, AI-powered ID verification solutions enable telecom operators to assess the risk associated with clients through different identification checks, such as face match, which use 3-D liveness detection and anti-spoof technology.

The increased use of smartphones throughout the world has resulted in massive volumes of data being exchanged digitally. Customers must enter their personal information into online banking applications and provide their phone numbers to conduct routine operations such as purchasing food.

Meanwhile, the telecom sector remains concerned about fraudulent activities such as SIM swap fraud and data theft, both of which are caused by a lack of identity verification. Despite advancements such as remote operations, the business is nevertheless plagued by identity fraud and financial crime.

How the Telecom Industry Can be Secured

Know Your Customer (KYC) is the process of validating clients’ identities used by banks and other financial institutions that deal with money. Its goal is to reduce the danger of identity fraud while also keeping a close check on both consumers and telecom service providers. Governments support KYC checks in numerous sectors as part of AML (Anti-Money Laundering) rules and as part of attempts to prevent mobile carriers from unintentionally becoming a source of money laundering and terrorist financing. Even in places where governments discourage KYC procedures, telecom carriers must implement rigorous identity verification mechanisms to prevent fraudulent entities from accessing their systems.

Biometric face recognition and other technologies are used by online identity verification service providers such as IDcentral.

Thousands of AI algorithms are being used to verify the identity of telecom firms’ clients. KYC compliance requires businesses to do background checks on their clients to see whether they are related to PEPs (politically exposed individuals) and to check for their inclusion on global sanction lists.

To confirm the identities of telecom companies’ clients, online identity verification service providers such as IDcentral use technology such as biometric face recognition and hundreds of AI algorithms.

Cybercriminals are posing a threat to the telecom sector and communication service providers, making it difficult to combat reverse-engineered schemes. As a result, online accounts and bank wallets are more prone to be hacked. Thus, the integrity and reputation of service providers are at stake.

IDcentral’s identity verification services are suitable for the telecommunications sector since they allow mobile service providers to authenticate clients’ true identities before accepting them on board. Using dozens of AI algorithms, our solution can authenticate with greater accuracy in less than a second. Furthermore, telecommunications service providers can utilize risk assessment reports to screen high-risk consumers.

Learn more about our Identity Verification and Customer Onboarding Solutions

Sumanth Kumar is a Digital Marketing Consultant at IDcentral (A Subex Company). With hands-on experience with all of IDcentral’s solutions, he loves to compare and create indispensable digital content.

Your Future in Finance Starts Here.

We Know The Importance Of Delivering The Best Customer Experience.

Get a free Demo

Differentiate the good from the bad. Filter out fraudulent customers before they impact your revenues.